If you're Caucasian, have a pulse and all your teeth, you're guaranteed an English teaching job in Asia.

This is a running joke in English as a Second Language (ESL) circles, which is indicative that racism abounds in the TEFL industry in the continent. 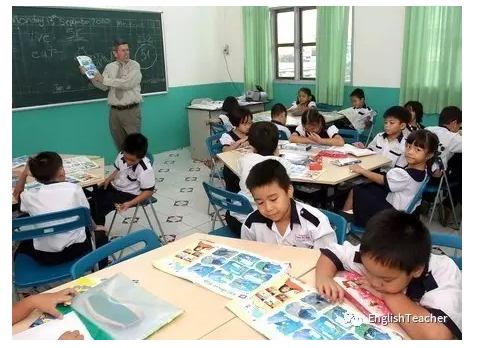 For those with fair skin and a university degree or an English teaching certificate, finding a teaching job in Asia is uncomplicated and easy as recruiters actively seek the quintessential all-American. For everyone else, racial discrimination is a harsh reality.

In South Korea and China it isn't uncommon to come across job posts that read "white color preferred" or "only white Americans should apply." Employers in Asia operate under a completely different set of legal rules where it's the norm to be asked to submit a photograph with your application, or be questioned about your race, religion or age.

While the hiring criteria is said to be standardized, applicants are sometimes recruited based not only on their English fluency, experience or educational qualifications, but also their physical appearance.

There is a distinct pecking order in the ESL world, with white Americans reigning supreme. They are followed by their British, Australian, New Zealander and South African counterparts; black Americans, Hispanics and Asians, and Africans bring up the rear.

Seongjun Kim, a recruiter at a private Hagwon (English academy) in Busan, South Korea, says parents often dictate which native speakers are deemed suitable teachers. "When parents are paying for their children to be taught by an English speaker they often demand the "˜real thing'. To them, non-whites or Asians aren't seen as capable English speakers. So when we recruit teachers we actively seek white faces to appease our clients."

While racial discrimination is more subtle in Vietnam, it permeates the recruitment processes of many schools. The main policy set by government is to prevent any kind of discrimination, but Vietnam has not yet developed a sophisticated set of laws and regulations to deal with employment discrimination issues.

In October 2012, the Department of Education and Training proposed a policy to employ 100 Filipino teachers to teach English at primary and secondary schools across Ho Chi Minh City. The pilot project sought to pay each Filipino teacher VND40 million (US$1,880) per month to teach 35 periods per week.

The policy came under fire with critics forthright in saying only native English speakers should be employed. School principals across the city expressed their concern that English is not the mother tongue of Filipinos. The principal of a school in HCMC was quoted saying she hired foreign English teachers on her own strict criteria.

"They must have blond hair, white skin and blue eyes. They must respect Vietnamese teachers and students as well," she said.

A mere third of the Filipino nationals that local authorities planned to hire to teach English were accepted by schools in HCMC. And of the schools that opted to employ Filipino teachers, many expressed their concerns over the high salaries.

The teachers who were employed as part of the pilot project will have their performance, skills and working attitudes monitored and after one year it will be determined whether their contracts will be extended.

For native Filipino Bea Villanueva, navigating the ESL market has been a challenge. With a four-year degree in Education, a CELTA (Certificate in Teaching English to Speakers of Other Languages) and three years of experience as a teacher, she received positive feedback when she applied for jobs online. When she arrived for the interview at a small international school, however, the recruiter expressed her surprise at Villanueva's ethnicity. She was later told that the position had been filled.

"Bigger international schools seem to be more accepting diversity than the small schools scattered across the city," she says.

Villanueva has since landed a job at an international language institute.

"While no one has said anything outright racist to me, students are quick to ask me about my ethnicity and mother-tongue. I have had a student request that another teacher take over the course. While the student never expressed his reasons, I can't help but think it was race related," she says.

The Head of Recruitment at an English Language Academy, who prefers to remain anonymous, says he has come across discriminatory and racist sentiments in schools.

"I've had students complain about teachers when there was no real reason. It's no secret that discrimination is an issue in schools and it is something that needs to be addressed. Many parents and students prefer white teachers but we strive to employ qualified and experienced native-speakers, regardless of their ethnicity," he says.

For as long as a market exists for race-specific English teachers and there are candidates willing to fill these positions recruiters can dictate which teachers are more "suitable" based on their physical appearance. Until there is regulation or legislation in place, race will continue to be a deciding factor in the English-hungry Asian market.