I made one of the biggest decisions of my life because my college professor decided that she didn’t “feel” like doing the whole teaching thing one day and cancelled class.  Faced with an extra 4 hours, I had an epiphany.  I did not know what I was going to do with those extra hours and I also had no idea what I was going to do with the rest of my life.  This reality was a bit jarring, so I decided to kill 2 birds with one stone. I went directly to the computer lab and used my new found freedom to determine the path for my post-college life…or at least the year following college.

After scouring the internet for a couple of hours, I realized that:

a) I wanted to live abroad again

b) I wanted to live in a non-western country, where I would also feel safe

c) I wanted to work, not continue my studies, and

As soon as the idea hit me, it was like a weight had been lifted.  I’ve never been as sure as anything in my life and that certainty was liberating.

By April, I was officially accepted to teach English in Hunan Province and mentally I was ready to go immediately.  Unfortunately for my impatient self, I had to wait until August to leave. This was a great first lesson in flexibility. When you are living abroad (specifically in China) you have control and power over nothing. Once you give into that notion, you stop thinking about how things should be, and just start enjoying the way things are.

While I was eating the most delicious food in the world amongst rice paddies, my friends back at home were struggling to be hired at entry-level jobs they didn’t even like.  Their choice to stay at home was more comfortable, but I was living a “choose your own adventure” book.  Every morning, I thought to myself, “what crazy Chinese shenanigans, will I get into today? And every night I wasn’t disappointed.

The experiences I was allowed and the people I met were so enriching that 7 years later they continue to have an incredible impact on my daily life.  I taught over 800 Chinese kiddos how to sing “you are my sunshine”. I considered snake to be a staple at meals. I traveled.  I had conversations in Mandarin. I eavesdropped on other people having conversations in Mandarin. I slept in a dining car for an 18 hour train journey…and liked it.  I connected a history class at my Alma mater high school with one of my English classes, so they could be pen pals.  I judged karaoke competitions.  I played ping-pong.  I made friendships with some of the most fascinating, caring, engaging, and coolest people I’ve ever had the pleasure of knowing.

It’s more than experiencing a different culture.  It’s about connecting with people whom you initially didn’t understand… on any level.  But once you break through those communication barriers, it’s difficult to come up with a feeling more satisfying.

The rewards of teaching in China didn’t end when I left.  Every one of my employers mentioned that my stint in China made me stand out among the other applicants.  Their reasons varied, but the outcome was the same. I was hired.

If I had to do it all over again, I would do everything the same way.  Teaching abroad was absolutely life-changing.  It made me attractive to employers, allowed me opportunities to travel, and gave insight into an amazing world I would otherwise have thought of as just another place on the map. 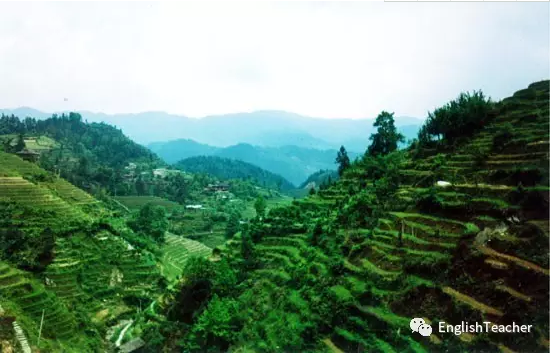 China gave me the gift of never again seeing places as the “other”, but instead seeing them as other cool areas to discover.